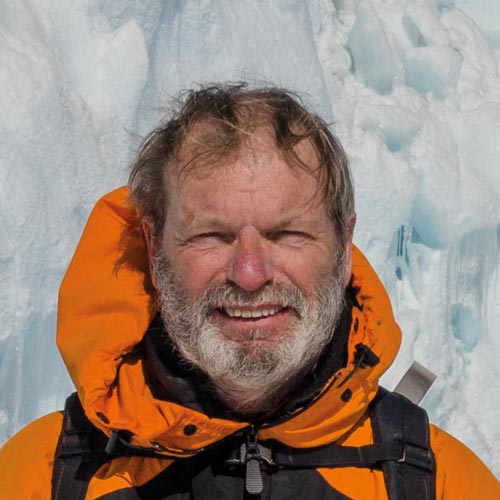 Michael Hambrey is a graduate of the University of Manchester, with a BSc degree in Geography and Geology, and a PhD in Glaciology. He has held research positions at the Swiss Federal Institute of Technology (ETH) in Zürich, and at the University of Cambridge where he became a Fellow of St Edmund’s College. He then moved to Liverpool John Moores University as Professor of Quaternary Geology, where he led the development of Earth Science and Physical Geography degree programmes. Lastly, he became Professor of Glaciology at Aberystwyth University and successively Director of the Centre for Glaciology and the Climate Change Consortium of Wales. He has also held Visiting Fellowships at the of Victoria University of Wellington, the University of Otago and a Visiting Professorship at the University of British Columbia. Michael’s research interests have focused on the dynamics of glaciers (especially their structural attributes), glacial sedimentary processes, and interpretation of the past glacial geological record. This research has taken him to both polar regions, where he has had 12 field seasons in the Antarctic and 25 in the Arctic, as well as to major mountain ranges such as the Andes, the Himalaya, the Alps, New Zealand Alps, Alaska and Yukon. His research has yielded nearly 200 scientific papers, several edited books and a variety of books on glaciers and the Arctic for the wider public. Michael retired from full-time teaching at Aberystwyth University in 2015, but continues to be active in research, writing, lecturing, guiding and running field excursions for the wider public. Specifically, for two or three months a year he serves as a lecturer and guide with Quark Expeditions, embracing expedition voyages to both the Arctic and Antarctic. Michael has been awarded the Polar Medal by Her Majesty the Queen on two occasions, in 1989 and 2012. He is also a recipient of the SCAR (Scientific Committee on Antarctic Research) Medal for Excellence in Antarctic Research (2018), and has had Hambrey Cliffs named after him on James Ross Island, northeastern Antarctic Peninsula. He was elected a Fellow of the Learned Society of Wales and an Honorary Member of the Quaternary Research Association in 2017. 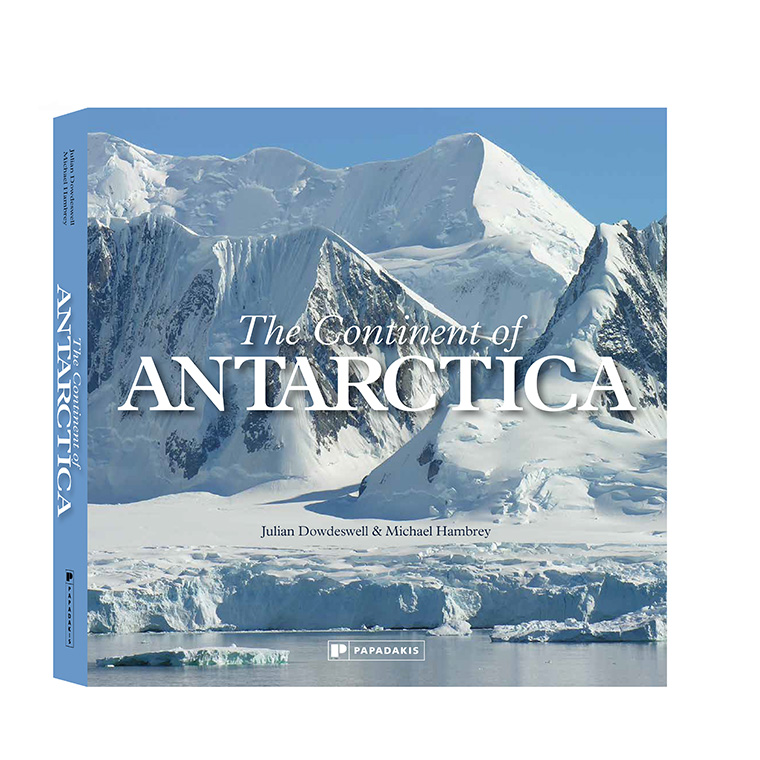 The Continent of Antarctica